It's not Loki's Sceptre it's mine!

Meant to post this here ages ago and totally forgot. I actually made this two weeks ago for

moonlettuce's BBQ :). This is a repost from Tumblr.

So I made something this week (with some help from my husband who is very handy with a spray can and an extra set of hands).

I used this youtube vid tutorial as a basis, but did things a little differently in places.

The gem is an emergency light and whistle covered in string, spray painted and then shoved up the backside of two clear halves of an alien egg toy (they were a quid in Range), glued together (I used seriously strong super glue and left to dry for 24hrs rather than hot glue for this), coloured in with a blue sharpie and then Dremeled off at the end.

The rod is a broomstick handle (£2.49 in Range), cut to length and then covered in construction foam (£1 a sheet from Range - only needed one large one) and masking tape just like the video says. I couldn't get 1/4inch construction foam, so I used a bedding roll mat (£3.49 again from Range). I didn't hand paint though like it says in the vid, I used craft spray paint (the most expensive part of the build at £5 a can).

The blade is mostly done the same way as the tutorial using foam board and hot glue, but again I spray painted it. Hence I didn't attach the blade until after everything was painted, rather than painting it in one.

The masking tape you can see on the blade is because I could only get A3 foam board at a reasonable price (on offer from Amazon) so I had to join two pieces together. I did this with cocktail stick stubs, hot glue and a bit of tape to make sure it couldn't come apart.

I created a template for the blades by tracing over an image of the sceptre. This is what I came up with. It's not the right size, so anyone who wants to use it will have to resize it to fit and adjust the parts that attach to the shaft because I'm pretty sure no two sceptres will be the same, but it might be useful so here it is. 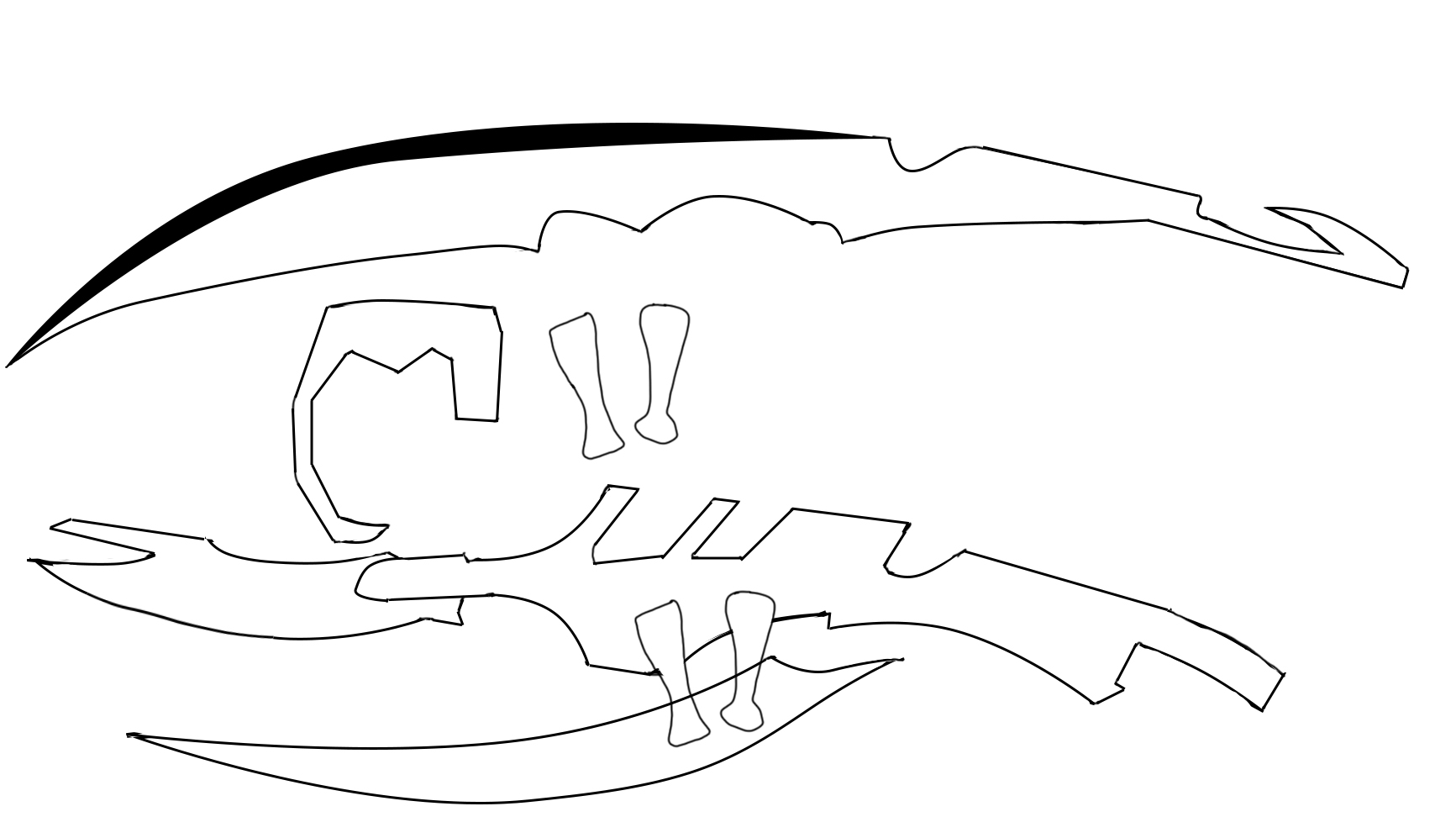 It was a lot of fun, but  two pairs of hands make it a lot easier some times and it takes a very steady hand for trimming the blade so the edges look sharp, so having someone else to help is really useful.

Please excuse me while I go take over the world ;).