Had a great dream last night that ran all night even though I kept waking up and then going back to sleep.

I love how everything in dreams just feels so straight forward.

In this dream Tom Hiddleston (not any of his characters, but actually Tom) was an assassin a bit like the Winter Soldier. His whole life was a lie and had been arranged to give him the perfect cover to do the government's dirty work. He had still been educated at Eton etc and gone into acting, but the entire time he was being brainwashed as well to fulfil his designated role in life. 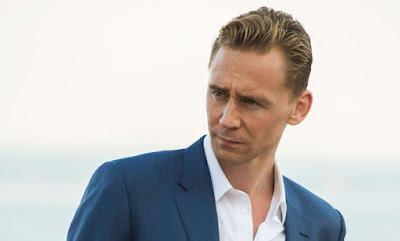 However, he was beginning to break his conditioning thanks to love ...

and this is where the dream got even prettier

... because he went to see Bucky for advice. Which of course it's totally logical that one brainwashed assassin would go looking for another one to talk shop and PTSD :)

There was some tension between the two of them because they'd come up against each other before. It was all very dramatic and exciting. I wish I could remember more of the details :)

In other news I have a war wound from seeing Ghostbusters apparently :) According to my beloved I have a huge bruise on my bottom and I just remembered how I managed it :).

When we got into the cinema I was so excited I managed to aim incorrectly for the seat and sat on the cup holder instead. Hurt like the DIckens at the time, but I completely forgot about it. Totally worth it though :)
This entry was originally posted at http://beren-writes.dreamwidth.org/351270.html.
Collapse