I did yesterday - I realised that I had never actually seen Hammer's Dracula all the way through. I've seen the end a hundred times and most of the other Hammer Dracula films, but not actually Dracula. I realised this when I saw a clip on Youtube and didn't recognise a couple of the actors as having been in the film - LOL. 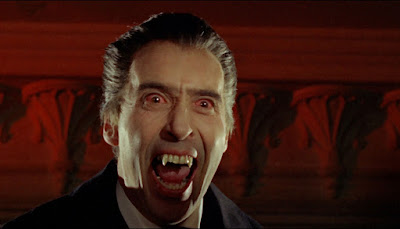 I rectified it of course - immediately :) I have now seen Hammer's Dracula with the wonderful Christopher Lee and Peter Cushing. I actually had to go and look up all the Dracula films to see which ones I had seen and which ones I hadn't. Turns out I hadn't seen The Brides of Dracula either, but now I have :).

It's hard to believe I hadn't seen them - I was sure I had seen the whole set. That's what comes of clips being shown all over the place. I almost had to give back my vampire obsession credentials! So not on! ;)

Have you ever been completely sure you have seen a film, only to find out that, actually, you've seen one like it, or the sequel and not actually the one you'd thought you'd watched? Or am I the only one that silly? :D
This entry was originally posted at http://beren-writes.dreamwidth.org/350541.html.
Collapse