I do love the extra day off when we have a bank holiday Monday, but it doesn't half throw my week out :) I managed to get some writing done yesterday, but not as much as I had hoped.

I also didn't sleep well last night - dreams kept waking me up *pout*. Hence I took the extra hour in bed this morning rather than getting up when Rob did.

Rob decided to rearrange the dinning room end of the kitchen over the weekend and, I have to say, it does look much better now. We have a large sideboard and he's moved it from once side to the other. The room looks much lighter now because it is against the big wall to the vaulted ceiling, not the short wall. We're planning on adding a feature radiator on the wall where the sideboard used to be - the underfloor heating is okay, but it just can't cope when it's really, really cold, so we've decided to give it some help.

I am wearing my favourite jumper (sweater) today, but I fear it may not be long for this world. I have had it nearly 10 years - I know this because I bought it specifically for our 10th anniversary trip and next year is our 20th anniversary :). It used to be a posh jumper, but now it is very sad and saggy. It is also developing holes. I shall cling on until it is so disgraceful it has to be binned, but I do not think that will be long.

We also have a slug loose in the old dining room - probably came in on one of the cats and now I can't find the little bugger. I am considering simply lining the carpet with salt. It only comes out in the depths of the night and I don't know where it's hiding. You'd think something that leaves a trail would be easy to find, wouldn't you! Ugh, I hate slugs.

Old TV Show of the Day: The Equalizer 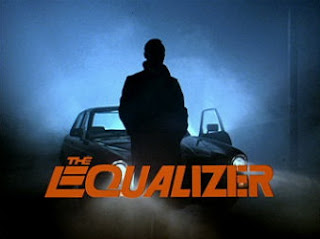 Rob and I are slowly making our way through The Equalizer. I used to love it during the 80s and, actually the eps still stand up today. Of course there is the Cold War paranoia that was prevalent in all shows and movies with spies in the 80s, but we seemed to be headed back to that thanks to Putin *shrug*. Edward Woodward really was superb as the ex-spy who tries to help people.

My fav character was always Mickey Kostmayer, played by Keith Scarybiker - okay, Szarabajka - he's in more eps than I remember, this makes me happy :)

The new movie with Denzel Washington was a good movie, but it wasn't The Equalizer, sorry. If you want to remake The Equalizer with a PoC in the lead, the first thing you need is Idris Elba - just saying.

Were you an Equalizer fan? Have you seen the new movie - what did you think? Did you do anything special for the long weekend?

This entry was originally posted at http://beren-writes.dreamwidth.org/345872.html.