So I thought this might interest a few of my follows here, so I'm reposting from my Tasha's Thinkings Blog. 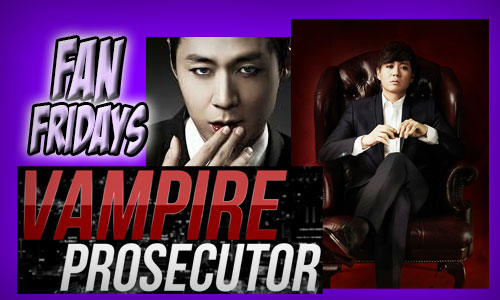 Welcome to Fan Fridays 16 and another chance for me to share with you some of my geeky nature. Today is about a recent discovery of mine that I just have to share. :)
Vampire Prosecutor
Korean Drama with Fangs!
So I have recently begun to try out Asian drama as well as Asian films, which I have been a fan of for a long time, and I am so glad I started down this road. Some of them just fit me to a tee :). Vampire Prosecutor is a South Korean television show staring Yeon Jung-hoon as Min Tae-yeon a prosecutor who leads a team that solve the most bizarre murders.

Seven years ago Tae-yeon was investigating a series of murders and caught up with the perpetrator, only to nearly be killed and ultimately turned into a vampire. He is still trying to solve that crime and he uses his vampire powers to solve other cases. These powers all revolve around blood:

Of course this leads to questions about his investigation technique.

The only person in the know is detective Hwang Soon-bom (Lee Won-jong) who runs interference for Tae-yeon when necessary. The other two members of the team are Yoo Jung-in (Lee Young-ah) a rookie prosecutor and Choi Dong-man (Kim Joo-young) their intern. Trouble arises as Jung-in starts to question Tae-yeon's methods, even though they keep bringing in the bad guys.
From the first episode of this I was hooked - I love it. This is a police procedural, like CSI, but with a vampire as the lead investigator. The team solve murders and the crimes are whodunnits just like your average cop show, but with an extra edge that makes it for me.

The characters are great too.

Tae-yeon tries to be all aloof with most of his team, keeping himself emotionally unavailable because of his secret and yet they begin to get to him. He had to care about them.

Soon-bom is loud and a forthright detective with a side of funny. He sometimes plays the fool, but there is a brain working away in his head.


I have to admit I found Jung-in a little annoying to begin with, but she has really grown on me, just as her character has grown. She's a good investigator and keeps Tae-yeon on his toes.

Dong-man is underpaid and often overworked and something of a dork, but also highly entertaining.

The vampire effects are beautiful and understated and, yes, I'm not going to lie, incredibly sexy. These are my kinds of vampires. 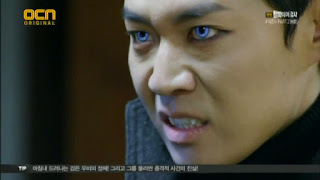 If I could get my hands on the DVDs of this I would, but unfortunately Amazon UK only seem to have season 1 and that is ridiculously expensive. If you're in the US you can see both on Amazon Video with a DramaFever Instant add on (and there is a 7 day free trial period if you feel like main-lineing it) and while s1 is also ridiculous on DVD, s2 is a reasonable price.

Do you have any Asian drama recommendations?